The chairlift offers you a ride in comfort up to Pustevny (1,018 m) with a wonderful bird’s-eye view of the landscape. The boarding station is close by Hotel Ráztoka in Trojanovice, at a height of 620 m. The original chairlift from 1940 was the first chairlift in Europe. The current lift has been in operation since 1987.

departures every half hour 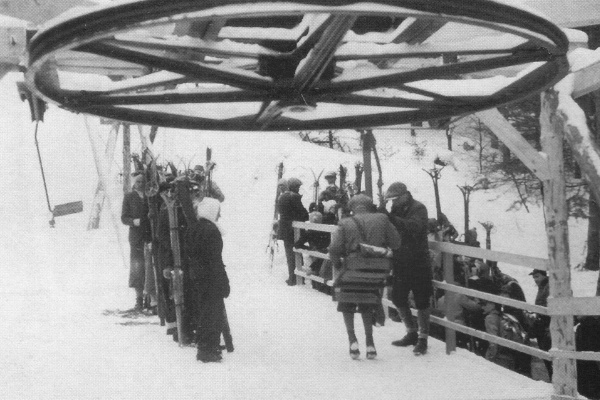 Construction of the first chairlift was completed in an unbelievably short time and under treacherous climatic conditions, when temperatures dropped to almost -30 °C. On 8 January 1940, work on the foundations for the upper station were begun.

A trial run was executed on Saturday, 3 March 1940, and the following day the chairlift was fully operational. In the first month over 3000 people were carried by the chairlift. At the same time, there were seven cargo vehicles used to transport the luggage of visitors up the mountain. In 1941-1942 the upper and lower stations of the Ráztoka-Pustevny chairlift were finally completed.

In 1956, the state railway company ČSD began a general reconstruction of the chairlift. Mechanical and electrical equipment was modernised and the original supports replaced with steel truss structures.

The cable carried 89 new seats at speeds of 1.7 m/s, with a capacity raised to 321 people per hour and a journey time shortened to 8.1 minutes. It operated regularly until 31 December 1982. Over the course of its lifetime it transported almost 6 million passengers. 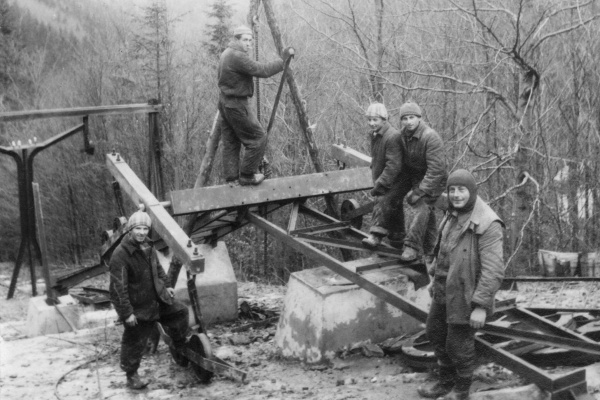 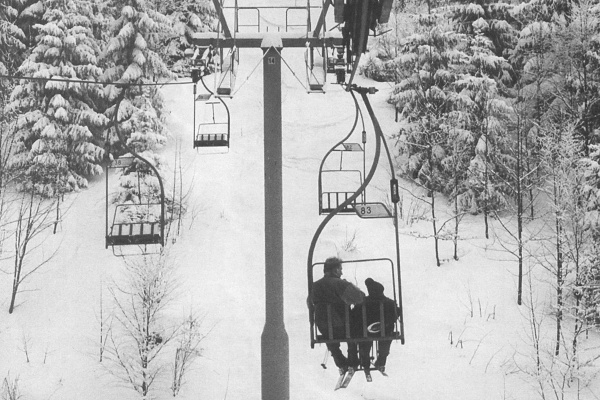 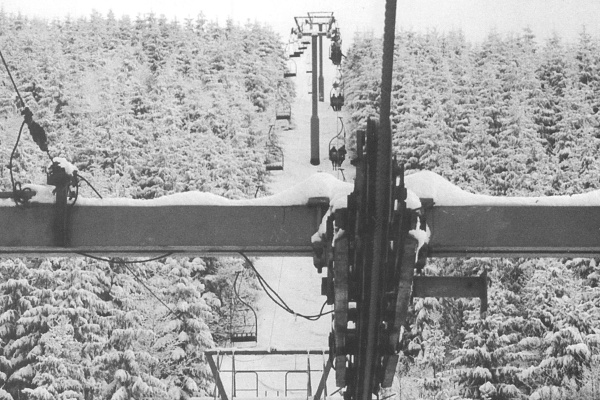 At the end of the 1970s it was decided to replace the original chairlift with a new one. This was constructed between 1983 and 1986 and it went into service on 1 January 1987. It is a single-cable, circulating Tatrapoma TS-2 system with two-seater chairs. The lower station is situated much lower in the Ráztoka Valley, such that the diagonal length of the chairlift almost doubled in length.

The new route has an altitude gain of almost 400 metres. The cable supports 162 chairs. Annually, the chairlift carries over 200,000 people.

A new upper station has been open since 2017. It’s a modern stone, wood and glass structure, the work of Kopřivnice architect Kamil Mrva. The entire building has been designed with the natural location in mind, so that it fits perfectly into its Pustevny setting.

More about the upper station

Why does the chairlift slow down and stop sometimes?

Our TS-2 chairlift has a traditional design, and its chairs are firmly fixed to the cable itself. Any time a family with a small child, elderly person, or a person with a physical disability gets on or off, either at the upper or lower station, our operators will slow or even stop the lift. This means the whole chairlift will slow down or occasionally stop.

Thanks for your understanding, and consider the slowing down and swinging of your chair an added bonus during your relaxing ride.